The Chinese nation has a long history, numerous nationalities, vast territory and numerous political powers. Its currency has a long history of development and great evolution, and the coins left over from various times are vast in kind. Ancient coins in various periods have experienced the test of ups and downs and have a long history. Ancient coins are not only the medium of commodity exchange, but also the epitome of cultural, scientific and technological development of economic and political systems in various times. 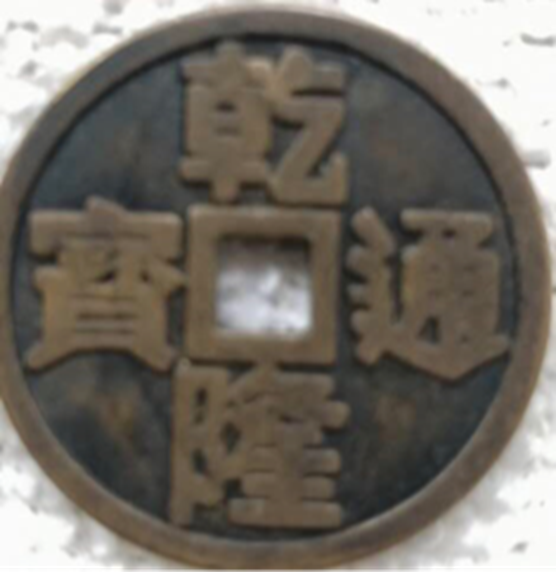 The Qing Dynasty (from 1636 to 1911, it was founded in 1616 and has been a national political power since 1644), also known as the Qing Dynasty, is the last feudal dynasty in Chinese history, and the second feudal dynasty in Chinese history that was established and ruled by ethnic minorities (Manchu). The Qing Dynasty experienced twelve emperors and ruled the whole country for 268 years. The ten emperors after entering the customs were Shunzhi, Kangxi, Yongzheng, Ganlong, Jiaqing, Daoguang, Xianfeng, Tongzhi, Guangxu and Xuantong. Among them, during Qianlong period, Qing Dynasty reached the highest peak since Kanggan flourishing age, and Aisin Gioro Hung Li, Gaozong of Qing Dynasty, was the sixth emperor of Qing Dynasty and the fourth emperor after entering the customs. The year number "Ganlong" means "Heaven is prosperous". Hongli is the longest reigning king in the world. Hongli attached great importance to social stability and cared for the people affected by the disaster. During his reign, he exempted the world from money and grain for five times, and saved grain for eight provinces for three times, thus reducing the burden on farmers. On the basis of the martial arts of Kangxi and Yongzheng Dynasties, Hongli further completed the unification of a multi-ethnic country and further developed its social economy and culture. 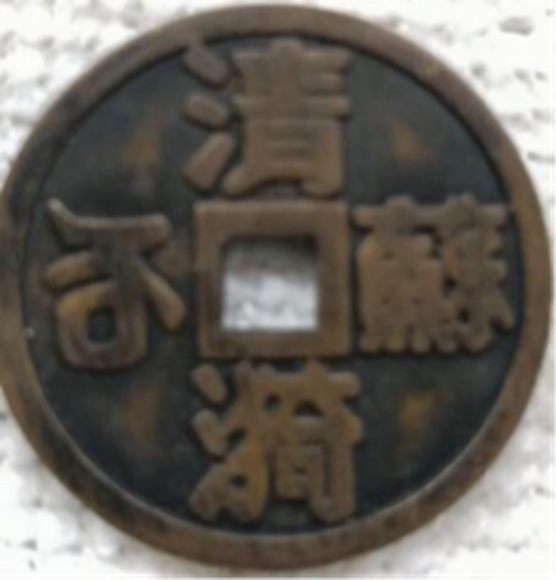 In the 13th year of Yongzheng (1735), the Emperor Gaozong of Qing Dynasty acceded to the throne, and Gaiyuan Ganlong. Casting line "Ganlong Tongbao", the requirements still weigh one money and two cents, the Shufa Qian casting workers are more beautiful than Yongzheng. Ganlong Tongbao was a currency in circulation during Qianlong period. During the reign of Emperor Qianlong, he used his strategy of "ruling martial arts" to govern the country, which created the last brilliant prosperous time in feudal society. After that, it was widely rumored that wearing "Ganlong Tongbao" copper coins could drive away disasters and ward off evil spirits, and because of the homonym "Qianlong", it was a favorite coin of collectors in later generations. The coin was cast in the Qianlong period of Emperor Gaozong of Qing Dynasty (1736-1795), and the Manchu script on the back was complicated, with detailed price and coin rubbings on it. Currency and different periods have different shapes and sizes. There are many formats of "Ganlong Tongbao", such as Song Style used by Beijing Bureau in Qian Wen, regular script used by Baozhe Bureau, official script used by Baoshan and Baochuan Bureaus, but Song Style used by most local money bureaus. Some of Xinjiang's red money bureaus recite Manchu, while others recite Uygur and Manchu. A small amount of money has stars and Chinese characters on its back, as well as year, value, back, and Kyrgyz. There are 22 casting bureaus in Qianlong, and there are 6 casting bureaus in Hongqian, Xinjiang.

The front of the coin is written in regular script with the words "Qianlong Tongbao", and the words are read directly from top to bottom, right to left. On the back of Qian, "Qingyi Suzi". This coin is complete in appearance, natural and old-fashioned in patina, and has a small amount of circulation. It is the object of collectors' youth and has high collection value. Ganlong Tongbao Qingyi Suzi is a special token for the Summer Palace, and its stock is scarce! Has a high collection value! Qingyi is another name for the Summer Palace.

As an important part of the country, coins not only bear the rise and fall of history, but also have high artistic appreciation value and cultural relics appreciation value. On the one hand, coins themselves are made of precious metals such as real money and silver; On the other hand, coins witnessed the changes of the Millennium Dynasty. Therefore, the collection of ancient coins is not only to pursue its great economic value, but also to pay attention to its heavy cultural connotation.