Chinese copper coins were first cast in the twenty-sixth year of Guangxu in Qing Dynasty (1900). Henan copper coin was first cast in Guangxu 30 years ago. That year, Chen Kuilong, the governor of Henan Province, set up a copper bureau in Kaifeng. In the thirty-second year of Guangxu, Kaifeng Copper Dollar Bureau was renamed as the Mint Factory of Du Branch, and in the thirty-third year of Guangxu, the monthly output reached 480,000 pieces. After the Qing Dynasty, the government limited the casting amount and stipulated that Henan should produce 300,000 copper coins every month. 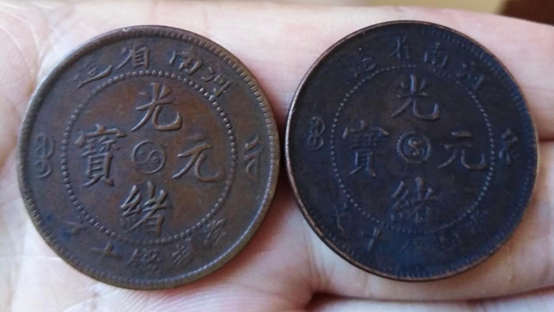 The inscription "Guangxu Yuanbao" is cast in the front circle of the collection, and the words "Made in Henan Province" are cast on the ring outside the bead circle. The monetary value is cast at the bottom: "When making money, ten characters", and the center is Taiji diagram. On the back of Yuanbao, the inner ring is cast with dragon soaring totem, and the outer ring is cast with English, which is exquisite in appearance and unique in aesthetic style. Although coins are small, we can also get a glimpse of the social culture at that time. 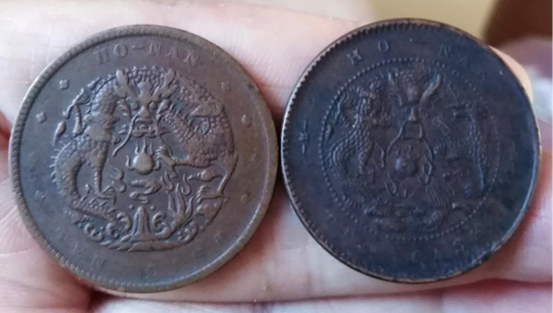 Among them, the copper coin "Guangxu Yuanbao" with Taiji pattern was cast from the 30th year of Guangxu to the first year of Xuantong (1904 ~ 1909). On the front of this copper coin, there are inscriptions such as "Made in Henan Province", "Guangxu Yuanbao" and "Ten Articles when Making Money", among which there are Taiji diagrams. There are "HO-NAN" (Henan), "TEN CASH" (ten texts) on the back, and there are dragon figures in it. Dragon maps are divided into water dragons, dry dragons, eight-star water dragons, and Qing dragons. In the Qing Dynasty, it was very common to use Dragon Map as the main pattern of copper coins, but it was rare to use Taiji Map as the pattern of copper coins with distinctive local characteristics.

The foundry of the collection is exquisite, the quality is good, the copper coins are covered with pulp, the circulation traces are natural, and the teeth are right, which has high investment value and collection value. It has historical influence, is a revolutionary cultural relic with high value, and has far-reaching historical commemorative significance; At the same time, it is also a rare object for archaeology and study of Chinese history and culture.